THE MAGIC OF CHRISTMAS

Crooning is a 20th century style of singing made possible by the invention of microphones and amplifiers, which allowed the crooner to sing in a much softer, quieter, more intimate style.

Its popularity peaked during the 1920's to 1950's with the advent of radio and electric recording allowing crooners to be heard by millions.
Who are the best known crooners of all time? Crooners were almost by definition entirely male.

As the decades passed, crooning began to fall out of fashion and was written off by many as a fad.

It was ultimately dethroned by a new style of music in the 1950's, rock and roll. Today, modern crooners are categorized as "adult contemporary" or "easy listening". 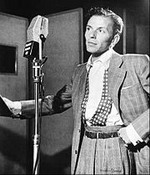 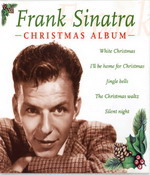 Crooner is an American epithet given primarily to male singers of jazz standards, mostly from the Great American Songbook, backed by either a full orchestra, a big band or a piano.

Originally, it was an ironic term denoting a sentimental singing style made possible by the use of microphones. Some performers, such as Russ Columbo, did not accept the term.

Frank Sinatra once said that he did not consider himself or Bing Crosby "crooners".

Crosby's trademark warm bass-baritone voice made him the best-selling recording artist of the 20th century, having sold over one billion records, tapes, compact discs and digital downloads around the world.

The first multimedia star, from 1931 to 1954 Crosby was a leader in record sales, radio ratings, and motion picture grosses. His early career coincided with technical recording innovations such as the microphone.
This allowed him to develop a laid-back, intimate singing style that influenced many of the popular male singers who followed him, including Perry Como,Frank Sinatra, Dick Haymes, and Dean Martin.

Yank magazine said that he was the person who had done the most for American soldiers' morale during World War II. In 1948, American polls declared him the "most admired man alive", ahead of Jackie Robinson and Pope Pius XII.
Also in 1948, Music Digest estimated that his recordings filled more than half of the 80,000 weekly hours allocated to recorded radio music. 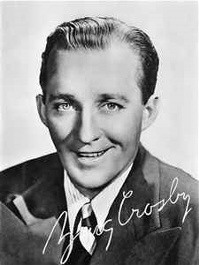 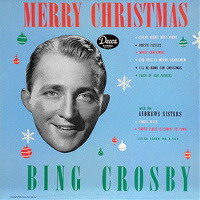